'Hard To Use' Misses The Point

It's an attention-grabbing title for makers: "Why We Should Design Some Things to Be Difficult to Use". The main thrust is that mastering something difficult gives pleasure. But the title grabs the attention because there's an obvious falsehood implied: that you can take something easy, sprinkle in difficulty, and people will like it.

This idea reminds me of the brilliant anti-designs of architect Katerina Kamprani, who makes chairs you can't sit in and cups you can't drink out of. 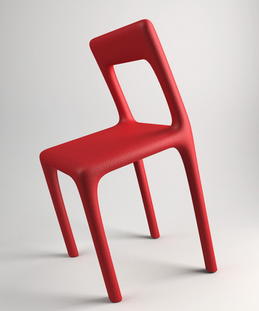 Obviously, no one wants things that are hard to use for no reason.

So when is harder better? When the difficulty is inherent, not artificial, and when mastery gives you super powers.

Consider two of the author's own examples. He once drove a clunky Land Rover, and everything about it was hard; as he says, "even opening the windows required a patient chick-a-chick-thunk of the latch."

This is artificial difficulty that grants you no powers. You work and struggle, and, hooray, you can open your windows. Something your friend with a Honda Accord could already do.

Do people love this? Most don't. The author says that "when you can wrangle an old Landie like that, you become part of a select group," but in the next sentence, notes that such vehicles are being discontinued "in favor of more user-friendly cars."

Why did these vehicles flop? Because most people aren't drawn to difficulty for its own sake. The Land Rovers he described probably sold for other reasons: four-wheel drive, affordability, looks, or whatever. And those who suffered with them felt a kind of pride for enduring them. But ultimately, the market has rejected them.

Contrast that with another product the author loves: a camera that "[takes] the controls out of deep menu functions and putting them back on chrome knobs that just beg to be twiddled." He's read the manual repeatedly and says "now I'm taking the best pictures of my life, and I love it."

This is quite different. Unlike opening a window, taking a photograph is inherently complex. Aperture, shutter speed, focal distance, ISO, white balance - these are just some of the camera settings that drastically affect the resulting picture.

A camera that decides these settings for you is easy to use. A camera that makes you decide is hard to use - but gives you super powers. You can take long exposures, or selectively freeze motion. You can control depth of field to make your subject pop.

As the author says that the market is growing for " $1500-plus cameras that are infinitely tweakable". Is it because they're hard to use? No. It's because they offer control. You can't just take a point-and-shoot, put the buttons in awkward places, and expect people to like it. There must be a reward for their trouble. Their mastery must be meaningful.

There are certainly exceptions to my rule. Games are probably the main one: a game has to be challenging to be fun. But even JFK's famous statement that Americans would go to the moon "because it's hard" was wrong. We didn't go because it was hard; we went to prove that we were better than the Russians. The difficulty was a means to an end.

That should always be the case. You should never deliberately hinder your users from accomplishing their goal. Even in games, because the real goal there is fun. Hard bosses are fun. Confusing menus are not.

A Smooth Path to Meaningful Mastery

Spreadsheets are one of the tools businesses love most, and I think they are a great example of how we can design to encourage mastery.

Spreadsheets are useful to beginners, who might use them to format text or do simple sums. They are even more useful to masters, who build complex models and graphs, and who speed along with dozens of keyboard shortcuts. The beginners get a reward, but they can see bigger rewards for mastery.

Spreadsheets can be complex, but they don't force difficulty on you from the start. They offer a slow road for beginners and a highway for master, with a gentle on ramp for getting up to speed.

Fancy cameras are often like this too: they have one mode that's fully automatic, another that lets you control the shutter speed but handles the rest, and another where you make every decision. You can start simple and gain mastery, reaping its rewards as you go.

Should You Make It Hard?

So should your product be harder to use than it has to be? No. But should it have a "hard mode"?

Here are two clues that it should:

As Kathy Sierra says, the goal in designing products should be to "make users awesome". Choose the level of difficulty accordingly.