In my first post on Unicode and UTF-8, I showed you the basis of Elixir's great Unicode support: every string in Elixir is a series of codepoints, encoded in UTF-8. I explained what Unicode is, and we walked through the encoding process and saw the exact bits it produces.

Each kind of byte has a distinct pattern, and by using those patterns, Elixir can do a lot of things correctly that some other languages mess up, like reverse a string without breaking up its characters. Let's see how.

Suppose we wanted to reverse the string "a™". Elixir represents that string as a binary with four bytes: the "a" gets a solo byte, and the "™" gets three bytes (a leading byte and two continuation bytes).

For simplicity's sake, we can picture "a™" like this:

You wouldn't want to reverse it like this, scrambling the multi-byte "™":

Instead, you'd want to reverse it like this, keeping the bytes for "™" intact:

Elixir does this correctly because, thanks to using UTF-8, it can tell which bytes should go together. That's also what lets it correctly measure the length of a string, or get substrings by index: because it knows which bytes go together, it knows whether (for example) the first three bytes express one character or three.

Well, that's part of it. There's one more layer to consider.

Not only can we have multiple bytes in one codepoint; we can also have multiple codepoints in one "grapheme". A grapheme is what most people would consider a single visible character, and in some cases, what looks like "a letter with an accent mark" may be composed of a "plain" letter followed by a "combining diacritical mark" - which says, "hey, put this mark on the previous letter". A series of codepoints that represent a single grapheme is called a "grapheme cluster."

Notice that Elixir lets us ask for either the codepoints or the graphemes in that string.

Now, you might wonder: if I can add one mark to a letter, can I add two? How many can I add? 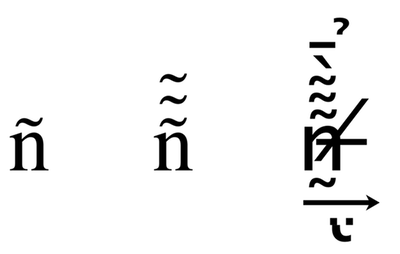 The answer is: you can add a boatload of them! 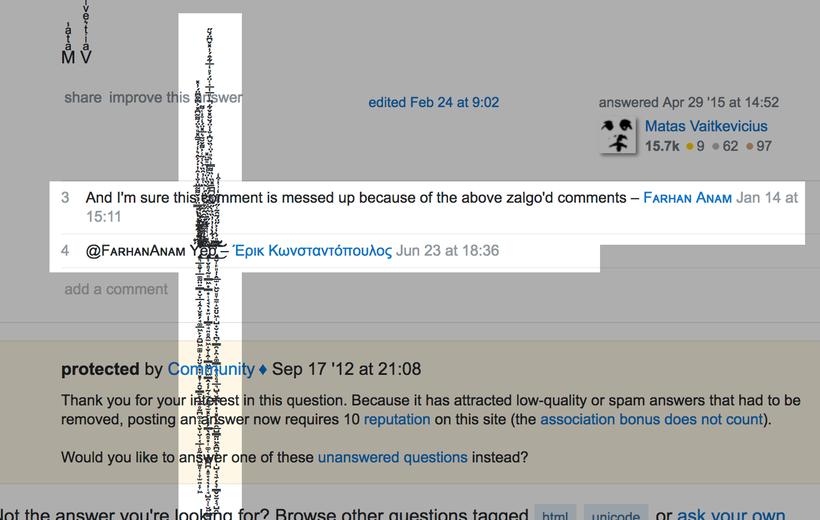 Because unfortunately, there's no easy way to prevent people from putting this on your site. Zalgo text is not a bug. It's a (misused) feature.

Remember, Unicode is trying to cover all of human language. It supports writing from left to right or right to left, and it supports special Javanese punctuation which "introduces a letter to a person of older age or higher rank".

And it turns out that some languages need multiple combining marks per character - like the Ticuna language of Peru, which is a tonal language and uses the marks to indicate tones.

A simpler solution would be to just declare "this text isn't allowed to overflow its container." 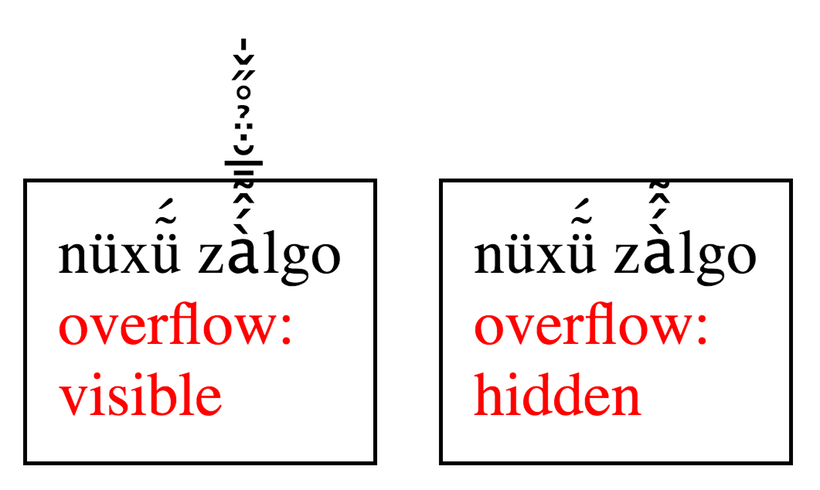 Anyway, the fact that multiple codepoints can be one grapheme—like an "e" codepoint followed by an "accent" codepoint—means that the string reversal I showed earlier wasn't quite right. To properly reverse a string, you have to first group the bytes into codepoints, then group the codepoints into graphemes, and then reverse those.

The latter is essentially what String.reverse does; the former is a common way that programming languages do it wrong.

By the way, emoji can also be created using multiple codepoints. One example of this is skin tone modifiers:

Each of those is a "thumbs up" codepoint (👍) , followed by a skin tone codepoint (like 🏿 ). This kind of thing is supported for various human codepoints.

There are plans to similarly interpret things like "police officer + female sign" as "female police officer," which is nice.

Unicode also supports drawing a family by combining people emojis with the "zero width joiner" character, but in my opinion, this is insane. No font can support every possible configuration of a family—number, age and gender of adults and children, and skin tone of each family member—and give each combination its own character. If a group of individual emoji doesn't cut it, it looks to me like a job for the <img> tag.

Anyway, to recap: we can have multiple UTF-8 bytes for one Unicode codepoint, and multiple codepoints can form one grapheme.

All this leads to a few little gotchas for programmers.

And while byte_size is an O(1) operation, String.length has to walk through the whole string, grouping bytes into codepoints and codepoints into graphemes, so it's O(N). (If you don't understand these terms, see my article on Big O notation.)

Second, string equality is tricky. This is because there can be more than one way to build a given visible character; for example, the accented "e" in "noël" can be written as an "e" followed by a combining diacritical mark. This way of building it has to exist, because Unicode supports adding dots to any character. However, because "ë" is a common grapheme, Unicode also provides a "precomposed character" for it—a single codepoint that represents the whole grapheme.

A human can't see any difference between "noël" and "noël", but if you compare those two strings with ==, which checks for identical bytes, you will find that they're not equal. They have different bytes, but the resulting graphemes are the same. In Unicode terms, they are "canonically equivalent."

If you don't care about the difference between "e with an accent" spelled as one codepoint or two, use String.equivalent?/2 to ignore it - that function will normalize the strings before comparing them.

Elixir mostly gets this right:

But human language is complicated. You think you have a simple thing like downcasing covered, then you learn that the Greek letter sigma ("Σ") is supposed to be "ς" at the end of a word and "σ" otherwise.

Even Elixir doesn't bother to support that; it downcases one grapheme at a time, so it can't consider what comes after the sigma. If it really matters to you, you can write your own GreekAware.downcase/1 function.

One last thing: an Elixir regex can can tell Unicode letters from non-alpha characters, but you have to pass the /u flag if you want it to.

But How Do I Type It?

So, suppose you're browsing the Unicode code charts (as one does) and you come across something you want to put in an Elixir string (like "🂡""). How do you do it?

Well, you can just type or paste it directly into an Elixir source file. That's not true for every programming language.

But if you want or need another way, you can use the codepoint value like this:

If you read my first article on Unicode, you can understand what the ::utf8 modifier does: it encodes the number as one or more UTF-8 bytes in the binary, just like we did there with ⏰.

Congratulations! You're a 💪er 🤓 than ever!